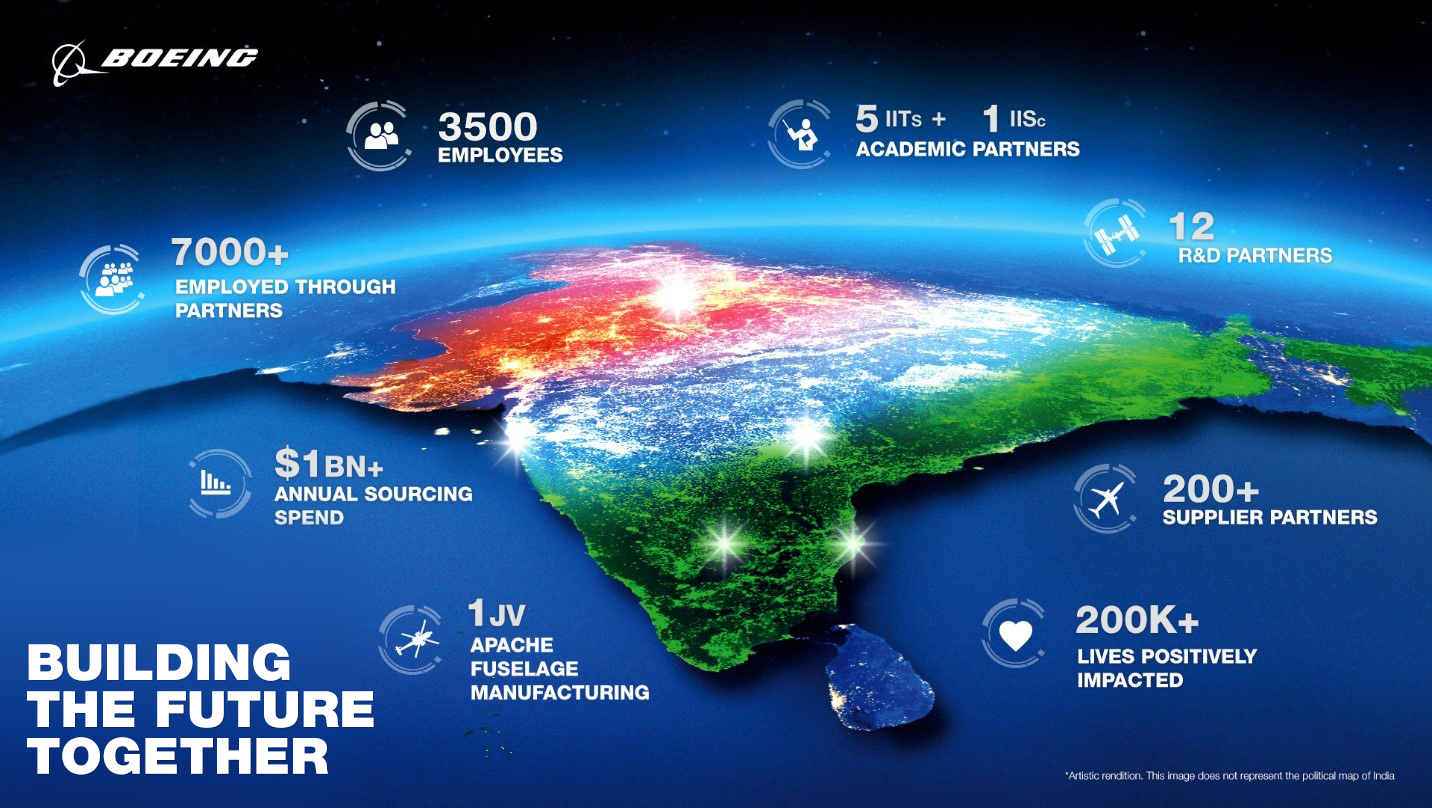 Boeing demonstrated its commitment to India and its developing aerospace and defense ecosystem by showcasing innovative commercial platforms, and services, including the 787 Dreamliner and 777X, at Wings India 2020.

The partnership between India and Boeing has grown from strength to strength over the last 75+ years, with 3,500 people in India, and more than 7,000 people working with its over 200 supply chain partners. Boeing India employees serve communities and citizenship programs to inspire change and have made an impact on more than 200,000 lives.

·       Aviation market is resilient and the market will grow throughout 2020.

·       Boeing is supplying the most efficient, advanced aircraft and services to airlines in India to support the exponentially growing Indian commercial aviation sector.

·       Boeing recently delivered the first Dreamliner 787-9 out of an order of six to Vistara.

·       Its family of commercial airplanes like 787 Dreamliner and 777X are redefining flying experience for passengers.

·       Boeinghas beena long-term partner contributing to the growth of the Indian aerospace ecosystem, and bringing the ‘best of Boeing to India and the best of India to Boeing’

·       India’s Make-In-India initiative is core to its business strategy with six key enablers that are essential to Boeing’s success: world-class infrastructure, a thriving Indian supplier base, innovation, support and sustainment, engineering talent development and skills advancement in the country

World Class Supplier Base from India

Building the future of Aerospace: For India, By India

·       Through its skilling initiatives, Boeing is training hundreds of pilots, aircraft maintenance engineers, technicians and frontline factory workers across India with their industry partners like Tata, Rossell Techsys, Jaivel and Lakshmi Machine Works

·       The Accelerated Apprenticeship Program launched in collaboration with Air India Engineering Services Limited and the Ministry of Civil Aviation, aims to increase the employability of aircraft maintenance engineers. The first batch graduated in August 2019 and were all employed with leading Indian carriers. The second batch is currently underway.

·       The annual Boeing-IIT National Aeromodeling Competition for engineering universities has been designed to inspire the next generation of talent and encourage them to opt for careers in aerospace. The sixth edition, held in 2019, featured over 1,000 students from over 250 institutions across India.