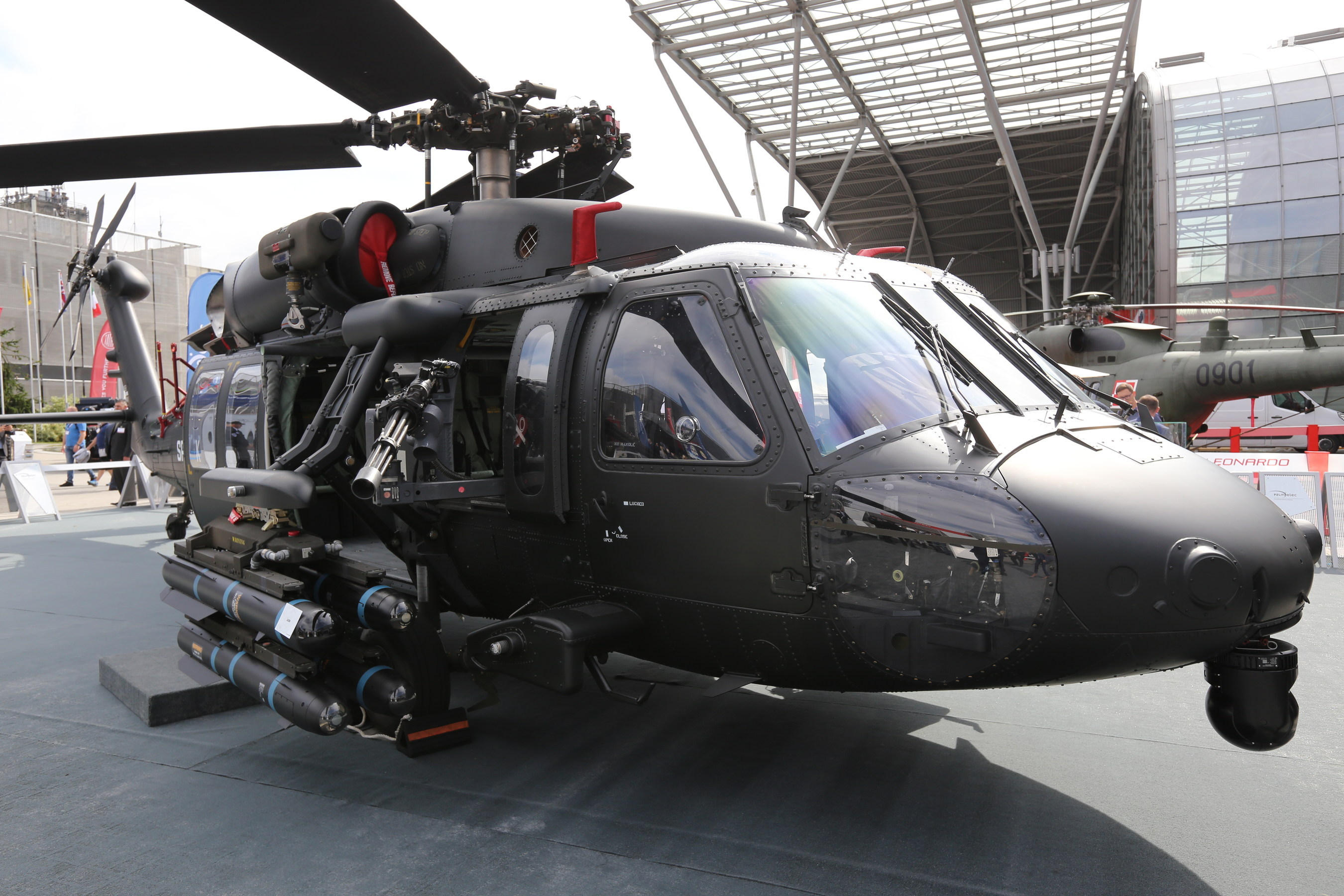 “We’re developing the single-station pylon in response to requests by militaries across Europe, Latin America and Asia for a battlefield support helicopter that can be armed for different types of missions that may not always need four weapons stations,” said Janusz Zakręcki, president, general director of PZL Mielec. “Operators can arm the aircraft for suppressive fire, surveillance, armed reconnaissance, armed escort and air assault missions, and still carry out other utility roles whenever pylons and stores must remain on the aircraft.”

At a quarter the cost and weight of a dual-station wing, a pylon can be removed or attached by two people in 15 minutes, produces less drag during flight, offers a wider field of fire to window or door gunners, and opens more space to hoist a litter into the aircraft while in a hover.

For large targets, a pylon will be able to carry HELLFIRE™ or Spike air-to-ground missile launchers. A pylon also can extend aircraft range with an 80-gallon external fuel tank.

As a complementary option for the S-70i / S-70M Armed Black Hawk with dual-station wings, the single station pylon will integrate with the aircraft’s weapons management system that calculates the range and complex ballistics required for pilot gunners to engage targets with high accuracy and reliability from stand-off distances during day and night operations.