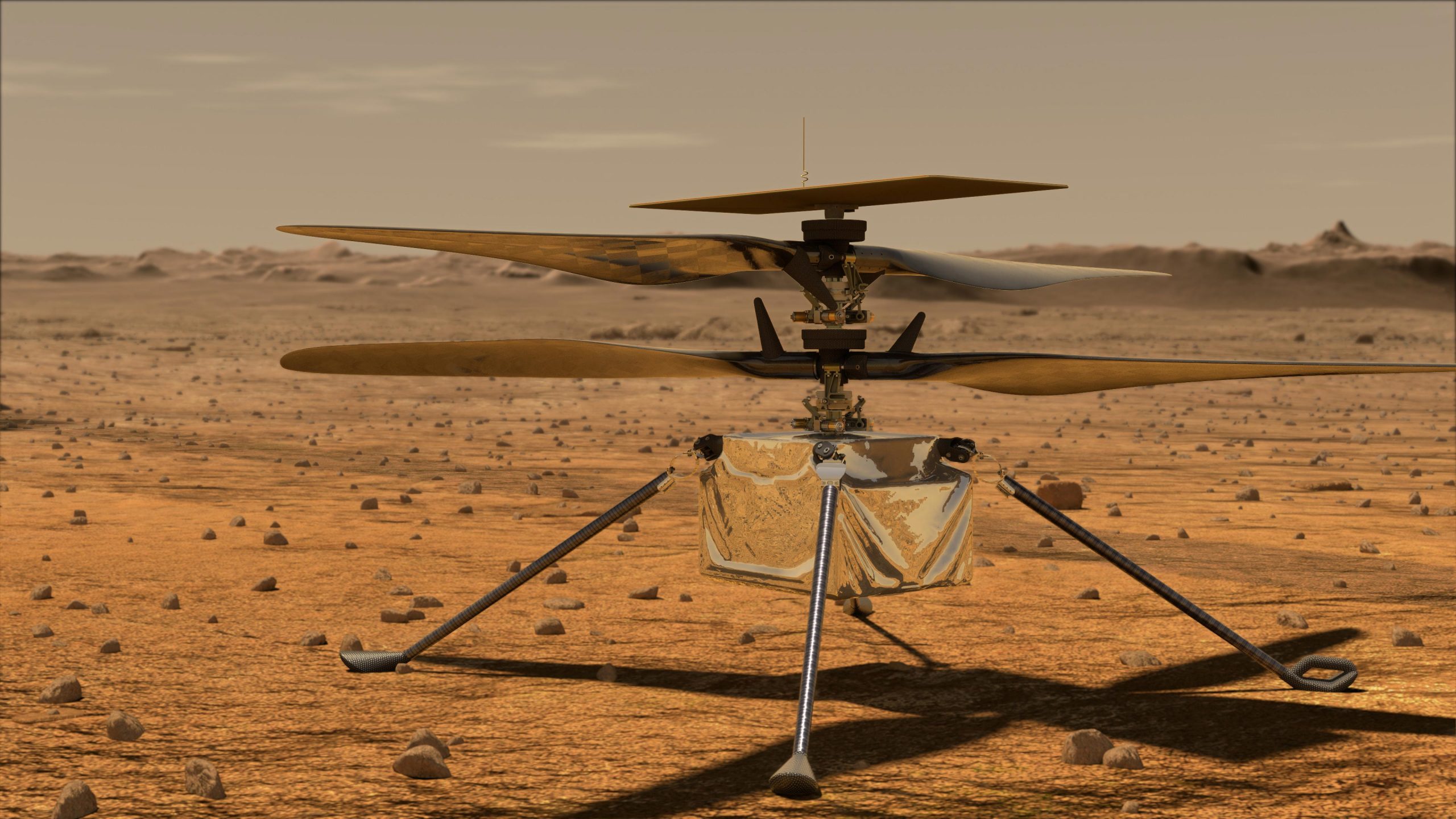 Rupani, a high school junior from Northport, Alabama, earned the honour of naming the helicopter after she submitted her essay into NASA’s “Name the Rover” contest.

Rupani, a high school junior from Northport, Alabama, earned the honour of naming the helicopter after she submitted her essay into NASA’s “Name the Rover” contest.

Destined to become the first aircraft to attempt powered flight on another planet, NASA’s Mars Helicopter has been officially named Ingenuity, as suggested by Rupani.

While NASA announced in March that its next rover would be named Perseverance based on seventh-grader Alexander Mather’s essay, the agency decided to also choose a name for the helicopter that will accompany the rover to Mars.

“Our Mars helicopter has a new name! Meet: Ingenuity. Student Vaneeza Rupani came up with the name during our name the rover contest. Ingenuity will ride to the Red Planet with

Rupani’s entry was among 28,000 essays submitted by K-12 students from every US state and territory, according to NASA, which made the announcement on Wednesday.

“The ingenuity and brilliance of people working hard to overcome the challenges of interplanetary travel are what allow us all to experience the wonders of space exploration,” Rupani wrote in her essay, according to a news release by NASA.

“Ingenuity is what allows people to accomplish amazing things, and it allows us to expand our horizons to the edges of the universe,” it said.

Rupani has been interested in space science since she was a young child, according to her mother Nausheen Rupani.

“On their way to school every day, she and her dad would pretend they were in a spaceship. They would imagine seeing planets (buildings), stars (traffic lights), etc. on their way and give them names,” Nausheen Rupani told NASA.

To have her submission selected was more than exciting, the teenager said.

“(I thought) ingenuity would be a good name for the helicopter because that is exactly what it took to design this machine,” she told NASA. “The helicopter is an incredible project, and I am thrilled to have a part in its journey.”

Ingenuity and Perseverance are scheduled to launch in July and land next February at Mars’ Jezero Crater, the site of a lake that existed 3.5 billion years ago.

While the rover collects samples of Mars, the helicopter will attempt to fly and if successful, it will enable future Mars missions to “add an aerial dimension to their explorations,” according to NASA.

“I am proud that NASA’s Mars Helicopter will be named by Vaneeza Rupani of Northport, Alabama. This is a unique privilege. Ms Rupani’s essay on why she chose the name ‘Ingenuity’ highlights her creativity, originality, and intelligence. Her grasp on the importance of exploration is extraordinary, and I am confident that she has a bright future ahead,” Senator Richard Shelby of Alabama said.