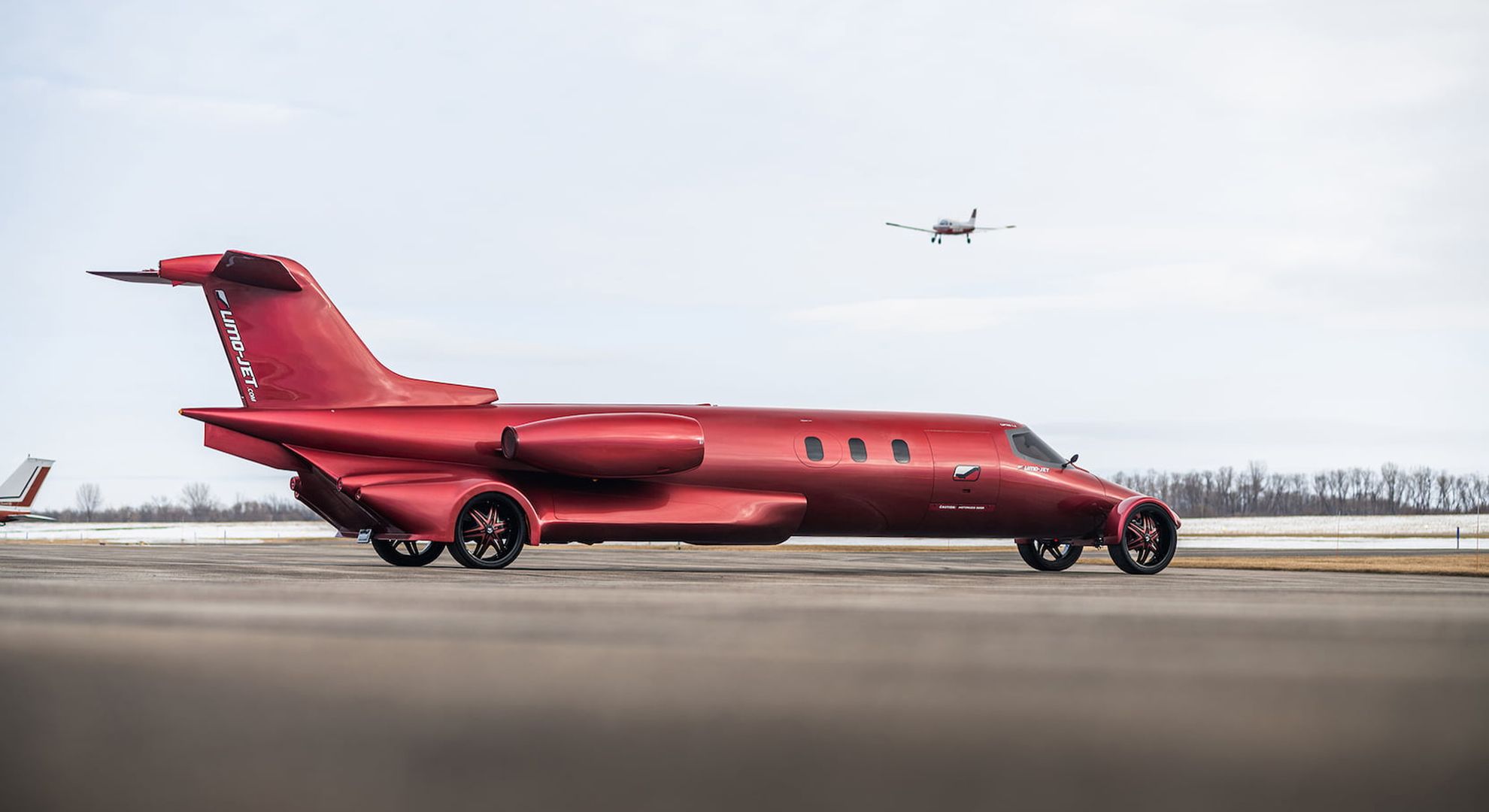 A transformed private jet has been given a second chance at life as a party limo. Many types of vehicles have been transformed into bright and shiny new models, but have you seen a private jet turn into a Limo-Jet? That’s right, a limousine that looks like a small jet.

The half-jet, half-limo creation was put together by Dan Harris from Bend, Oregon, and is going up for auction in June through Mecum Auctions.

If you wish to stand out from the crowd, get ready for the auction, as you could be the owner of a crimson red party Limo-Jet.

It took Dan Harris over 40,000 hours to convert the jet into a rolling, and usable, limousine. The body of the ‘car’ is aluminum, fitted with the typical small jet windows, the wings have been removed for ease of use, naturally, and the rear wing has been repurposed onto a steel chassis.

The Limo-Jet is 42-feet long, eight-feet wide, and weighs nearly 5.5 tonnes. The jet part of the limo can no longer fly, but it moves along swiftly and smoothly on the roads with its four 28-inch wheels.

Moreover, it’s been fitted out with an original 8.1-liter Chevrolet V8 engine, which provides more than 400 horsepower — most likely enough to keep the impressive creation moving. The Limo-Jet won’t be rolling around unnoticed, though. Aside from its rather obvious bright red paint job, and clear differentiation from other vehicles on the roads, it also has external speakers built into the turbines, and the tail, which can play jet engine sound effects – just in case no one had noticed it rolling by.

It’s not just its exterior that stands out. The Limo-Jet was clearly built for celebrations, as the interior offers nightclub vibes. Screens adorn the sidewalls and ceiling, neon-lit colorful floors and side panels are enough to blind you, and a powerful 17,000-watt sound system won’t quite make your ears bleed but will certainly have you headbanging to your favorite tune.