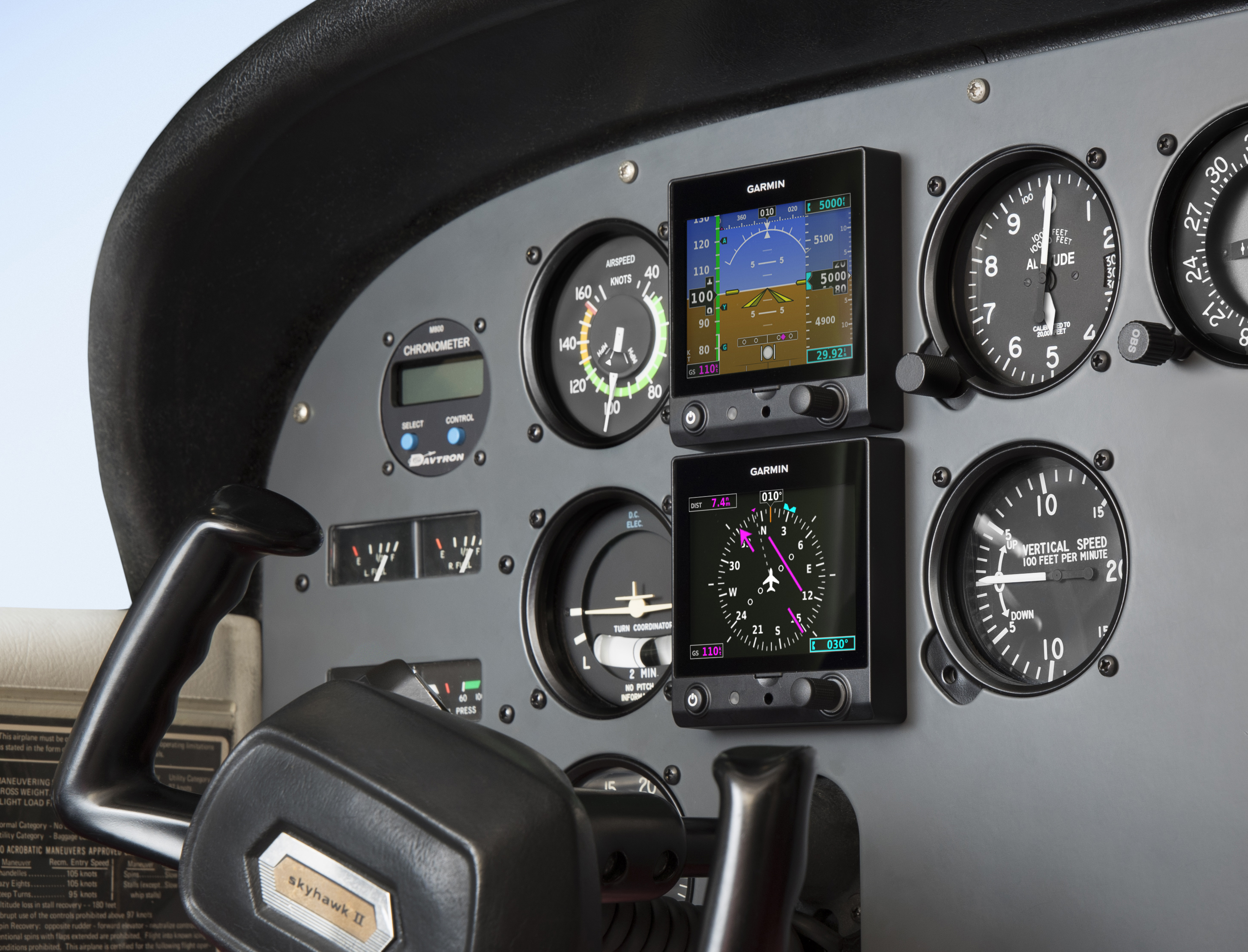 “Furthering our commitment to bring affordable, safety-enhancing and certifiedsolutions to general aviation,the G5 electronic flight instrument that was initially developed for experimental aircraft, may now be usedto replace a DG or HSI in certificated aircraft and represents another industry-first by Garmin,” said Carl Wolf, Garmin vice president of aviation sales and marketing. “Thousands of G5’s have been fielded since its introduction into the certificated aircraft market last year, which shows that aircraft owners are eager to incorporate these safety-minded products into the cockpit. Thanks to the FAA’s initiative to encourage and permit cost-effective safety enhancements to the general aviation fleet, our valued customers can continue to further benefit from the redundancy and dependability associated with modern electronic flight instrumentation.”

When paired with the GTN™ 650/750, GNS™ 430W/530W or non-WAAS GNS 430/530 navigators, the G5is approved as a primary source to displayvertical and lateral GPS/VOR/LOC course deviation when available, as well as groundspeedand distance to the next waypoint1. In a G5 configuration that is paired withthe GNC® 255 or SL 30NAV/COMM radio, the G5 is approved as a primary source to display lateral and vertical course deviation2 when available. Additionally, a single magnetometer is capable of supplying magnetic heading information to two G5 electronic flight instruments simultaneously.

The G5 electronic flight instrument offers a wide range of flexible panel configuration options, along with the reliability associated with a modern electronic flight instrument. Installation configurations vary as up to two G5 displays can be incorporated into a singleaircraft panel in several approved combinations, including the attitude, DG/HSI or turn coordinator positions. In dual installations, a secondary G5 can revert to display attitude information in the unlikely event of a failure in the primary attitude indicator position. A pilot-selectable menu on the G5 DG/HSI enables the manual selection and interchange between the attitude indicator and DG/HSI display. Each G5 for certificated aircraft includes afour-hour back-up batteryfor use in the event of an aircraft electrical system failure. In dual G5 configurations, customers receive dual ADAHRS and dualback-up batteries, offering safety-enhancing redundancy. The G5 DG/HSI electronic flight instrument for certificated fixed-wing aircraft can be purchased through the Garmin authorized dealer network starting at an expected street price of $2,449, which includes the install kit, magnetometer, back-up batteryand the STC.When interfaced with a compatible GPS navigator, the G5DG/HSI electronic flight instrument is available with the required adapter for an expected street price of $2,975.A combination of dual G5 electronic flight instruments for certificated aircraft isavailable starting at an expected street price of $4,598. Deliveries for new orders are expected to begin in May. The G5 is also supported by Garmin’s award-winning aviation support team, which provides 24/7 worldwide technical and warranty support.