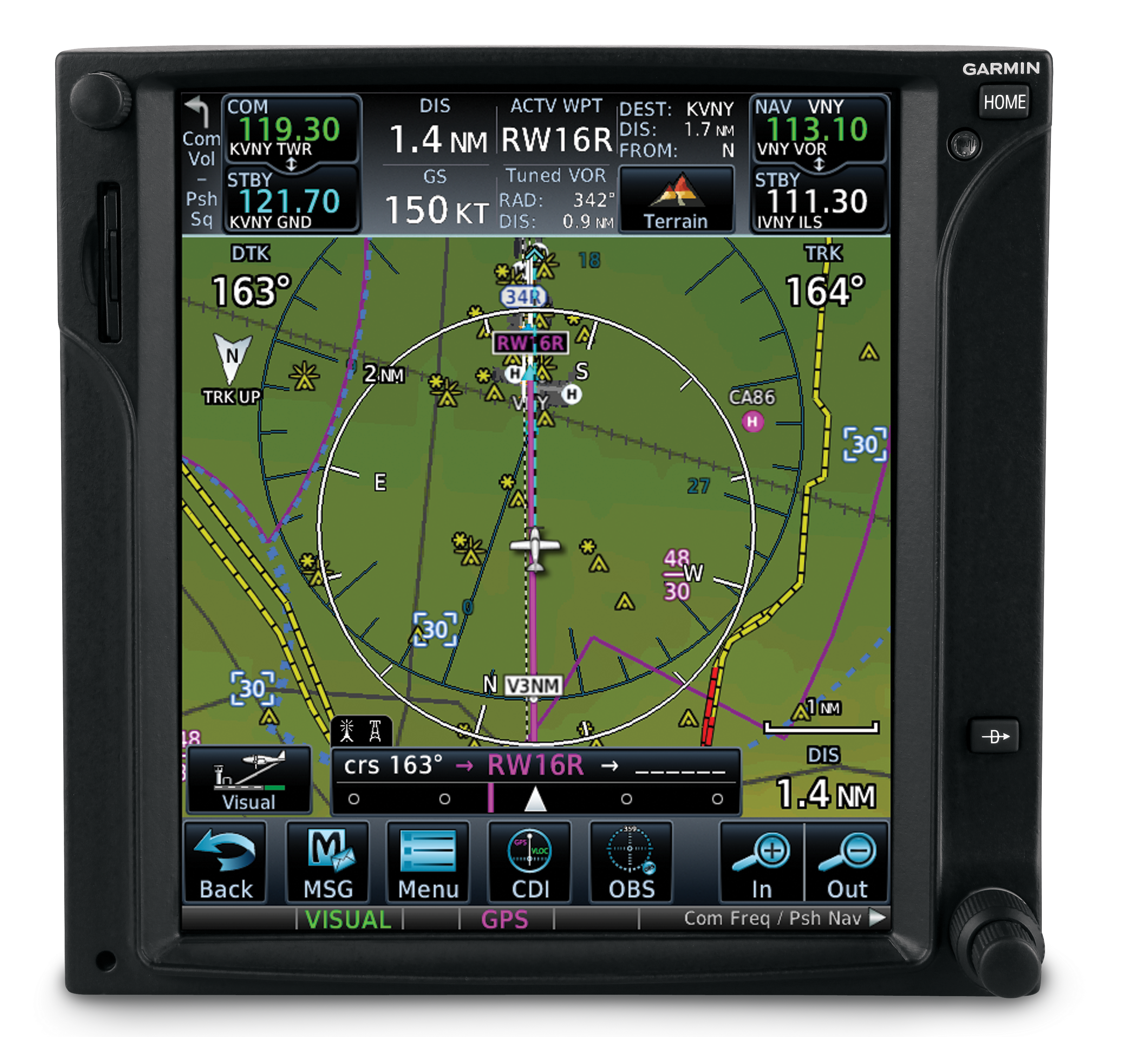 “We continue to expand the utility of the GTN 650/750 touchscreen navigators by bringing advanced FMS functionality, like visual approaches, to further benefit thepilot,” said Carl Wolf, Garmin vice president of aviation sales and marketing. “In addition to an expanded feature set within the GTN, we’re providing business aircraft with a better, more economical path to ADS-B compliance, WAAS/LPV/FMS capability, along with a feature-rich MFD. As we continue to serve business and general aviation, the GTN 650/750 prove to be the go-to solution across all segments.”

Visual approach guidance is nowavailable within the GTN 650/750, which providesadvisory vertical guidance in visual flight conditions based ona published glide path angle or a three-degree glideslope from the threshold of the runway, while considering terrain and obstacle clearance. When selecting a visual approach, pilots canchoose the runway of intended landing and select vectors for the final approach intercept to assist them in flying a stabilized approach.When a flight plan is loaded, the GTN will also provide a short cut to optionally load and activate a visual approach when the aircraft is within 5 miles of the destination airport if an approach is not already selected.By utilizing visual approach guidance within the GTN, pilots are provided a more stable descent and precise flight path throughout the approach and landing phases of flight while operating in visual conditions.

Aircraft that are equipped with a GTN 650/750, GTX 345 all-in-one ADS-B transponder and Flight Stream 510, can now receive attitude information through a single Bluetooth® connection via Flight Stream 510. These new features are expected to be available in May from Garmin Authorized Dealers for hundreds of aircraft makes and models. The free1GTN software upgrade is supported by Garmin’s award-winning aviation support team, which provides 24/7 worldwide technical and warranty support.